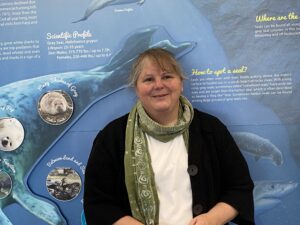 Connie has over 30 years of experience in conservation, research, and marine mammal and sea turtle rescue and rehabilitation. She lead a renowned marine mammal rescue and rehabilitation program and later built an internationally recognized sea turtle rehabilitation, research, and conservation program. Under her leadership, those programs integrated their rehabilitation efforts with education and research to magnify their conservation impact. Her team produced cross-cutting research with internal and external collaborators. Accomplishments from these synergies include 30+ peer-reviewed journal articles, dozens of presentations & webinars hosted at national and international conferences, workshops on the medical management of marine mammals and sea turtles, and mentoring and training staff from other rehabilitation organizations from around the globe.

As a long-time member of our local stranding network, the Greater Atlantic Regional Network, and the International Sea Turtle Society, Connie formed local, national, and global partnerships with network agencies, and scientists and colleagues in academia. Her past collaborations with local agencies such as the International Fund for Animal Welfare, University of New Hampshire (UNH), and Center for Coastal Studies have resulted in pioneering work and

Connie has a long history with the National Marine Life Center, serving many years ago as both a scientific advisor and later, a board member. 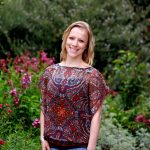 Lisa’s career in marine and nature conservation started in January 2000 when she accomplished her first marine rehabilitation internship at a seal and seabird rescue station in northern Germany. Subsequently she studied Organismal Biology and received her Bachelor and Master’s degree in Ethology, Zoology and Ecology from the University of Osnabrueck. Her research on endangered semi-aquatic mustelid species focused on examining hyper-aggressive males in captive breeding programs and enabling a reintroduction program of the species back into the wild. During her career, Lisa worked with a variety of marine and terrestrial species for conservational efforts around the world New Zealand (cetaceans, birds, invasive species), Australia (Australian, African, Asian mammals, birds and reptiles), Spain/Canary Islands (cetaceans), Ireland (pinnipeds and terrestrial wildlife) and the United States (pinnipeds, cetaceans, sea otters, pelagic fish species).

At Stanford University Lisa functioned as the Fish Facility and Lab Manager of a Neuroscience Laboratory for several years where she continued her research on hyper-aggressive males and managed ~5000 African cichlids as well as numerous undergraduate, graduate and post-graduate students. Following her work at Stanford, Lisa moved to Ireland to manage Seal Rescue Ireland, the only marine mammal rescue and rehabilitation center in the Republic of Ireland. While residing in California, Lisa had been an Animal Husbandry Crew Supervisor and Rescue volunteer at The Marine Mammal Center in Sausalito for over six years where she worked very closely with staff and volunteers in rescue, research and rehabilitation of a variety of pinniped species (California sea lions, Steller sea lions, Northern fur seals, Guadeloupe fur seals, northern elephant seals, harbor seals), sea otters and occasionally cetaceans. Since 2017 Lisa has served as a director on the Board of Trustees at the Marine Science Institute in Redwood City, California, a non-profit organization that cultivates a responsibility for the natural environment through interdisciplinary science education. In her free-time Lisa enjoys dance (performing and teaching), yoga, swimming, cycling, live music, spending time with friends and traveling.

Gabbie received her bachelor of science degree in Marine Biology, with a minor in Italian, from Roger Williams University in Bristol, RI. During her college career, she gained experience working in a variety of class and lab settings focused on aquatic animal health, husbandry, physiology, and morphology. She also participated in a Tropical Ecology Field class in Belize, studying and obtaining hands-on learning experiences of that region’s aquatic and terrestrial organisms and how they interact with their surrounding environment. Gabbie also worked as a writing tutor throughout her entire college career, assisting her peers in drafting, reviewing and editing their papers.

Gabbie started as an intern at the National Marine Life Center while finishing her senior year of college, and continued on for a second session upon graduation. This is where she developed her preliminary marine animal rehabilitation skills, working with both seal and sea turtle patients at our facility. Also following graduation, she participated in an aquarist internship at New England Aquarium’s offsite Quincy Animal Care Center. During this internship, she gained valuable experience working with a variety of elasmobranchs (sharks and rays), vertebrates and invertebrates. She also advanced and added to her knowledge of water quality testing, along with the construction and mechanics of life support systems.

Moving back into the marine mammal realm, she participated in two internship sessions with the International Fund for Animal Welfare’s Marine Mammal Response and Research Team on Cape Cod. It was there that Gabbie learned about the dynamics of stranding response and field work, hotline operations, necropsies, and a variety of other related procedures. She worked with seals and a wide range of cetaceans (both whales and dolphins).

Gabbie joined NMLC in a staff capacity in January 2019 as a part time Animal Care Assistant, reaching full time status as the Animal Care, Necropsy and Operations Coordinator not long after. 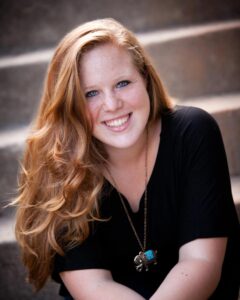 Sara received her bachelor of science degree in Animal Behavior, Ecology, and Conservation and minors in Anthrozoology, Business, and Zoo Biology from Canisius College in Buffalo, NY. During her college career, she gained experience in animal behavior research studying Western lowland gorillas and various other captive species. She gained field research studying samango monkeys in South Africa for two summer season with Canisius College and volunteering with Buck Island Sea Turtle Project in the United States Virgin Islands. Sara also accomplished various internships during her career that included studying with Elephants Alive! in South Africa assisting with their elephants and bees project and African elephant demographic distribution. She gained captive animal care experience from her time volunteering and interning at the Roger Williams Park Zoo.

After graduating from Canisius College, Sara devoted a year of service with AmeriCorps Cape Cod in 2016. During this time, she served all 15 towns on Cape Cod through various environmental projects, including shellfish propagation to mitigate water quality issues, building trails, and assisting with wildfire mitigation with the Cape Cod National Seashore. She also helped with schoolwide programs in all 15 towns to educate the children of Cape Cod on environmental issues. Sara was placed at the National Marine Life Center during this time, assisting with animal care and education programs each week. Since then, Sara has been working and volunteering with NMLC continuing to work with our patients and lead education programs. Sara joined us full time after spending time at the Waquoit Bay National Estuarine Research Reserve, where she worked as a park interpreter leading and creating education programs for a summer season and caring for their estuarine aquarium enclosure. She continued on at Waquoit Bay National Estuarine Research Reserve as the Coastal Training Program Assistant assisting with educational workshops, blue carbon research projects, and the annual Cape Cod Coastal Conference.

Leah received her Bachelors of Science degree in Marine Biology from Maine Maritime Academy in Castine, ME. During this time she spent a summer interning at the Marine Biological Laboratory in Woods Hole studying lobster behavior. After graduation Leah worked seasonally as the assistant manager of the Zone C lobster hatchery in Stonington, ME. Here she gained hands on experience raising and releasing larval lobsters to replenish areas of diminished population. From there she spent the next 8 years working at Smithers Viscient, an environmental toxicology company. Here she was a biologist 1 and lab manager. She gained valuable experience in microscopy work and used some of the same programs that are used here in the parasite lab. Leah came to NMLC in the fall of 2017 as the parasite lab research coordinator. Here she identifies parasites from our patients as well as marine mammals all over the country as part of our parasite grant through NOAA. 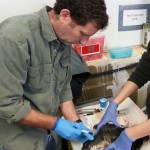 Dr. Voorhis has been volunteering with the National Marine Life Center since 2014. When he’s not examining sea turtles and seals, he works as a bio-infomaticist with the Marine Biological Laboratory in Woods Hole. Dr. Voorhis received his veterinary degree from Washington State University. 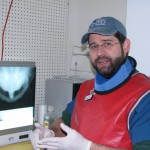 Sea Rogers Williams is an aquatic and companion animal veterinarian who lives on Martha’s Vineyard with his life partner, Bridget Dunnigan, MS, DVM, who is also an aquatically trained veterinarian. They live with their three dogs, two cats, and five birds where they enjoy hiking, kayaking, and international travel to explore the world’s avifauna. They own and operate the Vineyard Veterinary Clinic in Edgartown.  Currently employed by the National Marine Life Center, Dr. Williams started his aquatic training during vet school at the University of Pennsylvania by attending AquaVet® and AquaMed® courses and participating in the Aquatics club. After a few years in companion animal and mixed animal practice Dr. Williams added more formal training, completing a clinical internship at the National Aquarium in Baltimore.

Upon moving to the Vineyard he realized that there was no on-island veterinary stranding program. Roger and Bridget have been the primary responders to over a hundred marine mammal and sea turtle strandings as volunteer veterinarians working under the Stranding Agreement of the New England Aquarium. In 2002 they accepted a split position as veterinary medical officers for NOAA Fisheries and as the veterinarians for the Woods Hole Science Aquarium. They responded as government veterinarians to strandings, marine animal transports, and provided the veterinary care for the aquarium’s collection of seals, fish, and invertebrates. They helped re-establish a sea turtle rehabilitation program at the aquarium in coordination with the New England Aquarium. In 2007 they left the aquarium and Dr. Williams accepted the position of director of science, and in 2008 as the attending clinical veterinarian, for the National Marine Life Center.